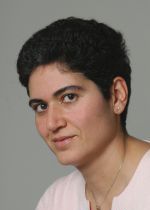 Avideh Zakhor is currently Qualcomm Chair and professor in EECS at U.C. Berkeley. Her areas of interest include theories and applications of signal, image and video processing and 3D computer vision. She has won a number of best paper awards, including the IEEE Signal Processing Society in 1997 and 2009, IEEE Circuits and Systems Society in 1997 and 1999 and IEEE Solid Circuits Society in 2008.

Prof. Zakhor received the B. S. degree from Caltech and the S. M. and Ph. D. degrees from MIT all in electrical engineering, in 1983, 1985, and 1987 respectively. She was a General Motors scholar from 1982 to 1983, was a Hertz fellow from 1984 to 1988, received the Presidential Young Investigators (PYI) award from President George Herbert Walker Bush in 1990, and Office of Naval Research (ONR) young investigator award in 1992. In 2001, she was elected as IEEE fellow and in 2018 she was chosen as the Electronics Imaging Scientist of the year by Society of Photographic instrumentation Engineers (SPIE).

She co-founded OPC technology in 1996, which was later by Mentor Graphics (Nasdaq: MENT) in 1998, and UrbanScan Inc. in 2005 which was acquired by Google (Nasdaq:GOOGL) in 2007. She founded Indoor Reality in 2015 to develop technologies for rapid 3D mapping and visualization of buildings and assets;

Abstract: Linear inverse problems involve the reconstruction of an unknown vector (e.g. a tomography image) from an underdetermined system of noisy linear measurements. Most results in the literature require that the reconstructed signal has some known structure, e.g. it is sparse in some basis (usually Fourier or Wavelet). In this work we show how to remove such prior assumptions and rely instead on deep generative models (e.g. Generative Adversarial Networks (GANs) and Variational Autoencoders (VAEs)). We show how the problems of image inpainting (completing missing pixels) and super-resolution are special cases of our general framework. We generalize theoretical results on compressive sensing for deep generative models and discuss several open problems.

Alex Dimakis is an Associate Professor at the Electrical and Computer Engineering department, University of Texas at Austin. From 2009 until 2012 he was with the Viterbi School of Engineering, University of Southern California. He received his Ph.D. in 2008 and M.S. degree in 2005 in electrical engineering and computer sciences from UC Berkeley and the Diploma degree from the National Technical University of Athens in 2003. During 2009 he was a CMI postdoctoral scholar at Caltech. He received an ARO young investigator award in 2014, the NSF Career award in 2011, a Google faculty research award in 2012 and the Eli Jury dissertation award in 2008. He is the co-recipient of several best paper awards including the joint Information Theory and Communications Society Best Paper Award in 2012. He served two terms as an associate editor for IEEE Signal Processing letters and is currently serving as an associate editor for IEEE Transactions on Information Theory. His research interests include information theory, coding theory and machine learning. 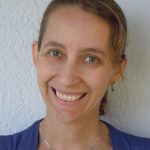 Abstract:
With the widespread diffusion of powerful media editing tools, falsifying images and videos has become easier and easier in the last few years. Fake multimedia, often used to support fake news, represents a growing menace in many fields of life, notably in politics, journalism, and the judiciary. In response to this threat, the signal processing community has produced a major research effort. A large number of methods have been proposed for source identification, forgery detection and localization, relying on the typical signal processing tools.
The advent of deep learning, however, is changing the rules of the game. On one hand, new sophisticated methods have been proposed to accomplish manipulations that were previously unthinkable, known as DeepFakes. On the other hand, deep learning provides also the analyst with new powerful forensic tools.
In this talk the most promising solutions for deepfakes detection will be presented with special attention to
methods that can be applied in realistic scenarios, such as when manipulated images and videos are spread out over social networks.

Short bio
Luisa Verdoliva is Associate Professor at University Federico II of Naples. She has been Visiting Professor at Friedrich-Alexander-University in Erlangen and Visiting Scientist at Google AI in San Francisco.
She is the Principal Investigator for the Research Unit of University Federico II of Naples in the DISPARITY (Digital, Semantic and Physical Analysis of Media Integrity) project funded by DARPA under the MEDIFOR program. She is Associate Editor for IEEE Transactions on Information Forensics and Security and has been elected vice-chair of the IEEE Information Forensics and Security Technical Committee. In 2019 she was General co-Chair of the ACM Workshop on Information Hiding and Multimedia Security and Technical Program Chair of the IEEE Workshop in Information Forensics and Security. She led her research group in several international contests, including the recent 2018 IEEE Signal Processing Cup on camera model identification (first prize) and the 2013 IEEE Image Forensics Challenge (first prize both in the detection and localization tasks). Last year she received a Google Faculty Research Award.